I have always thought that professional artists paint only from memory. So we sat down and drew an elephant. Or a landscape. Out of my head, without looking anywhere. And if an artist looks at a watermelon, then what is the difficulty in drawing it? You copy sketch from reality or from a photo / video. And I decided to draw a watermelon as I remember it. I painted with my favorite watercolors “White Nights” (professional Nevsky palette). Here’s what happened: 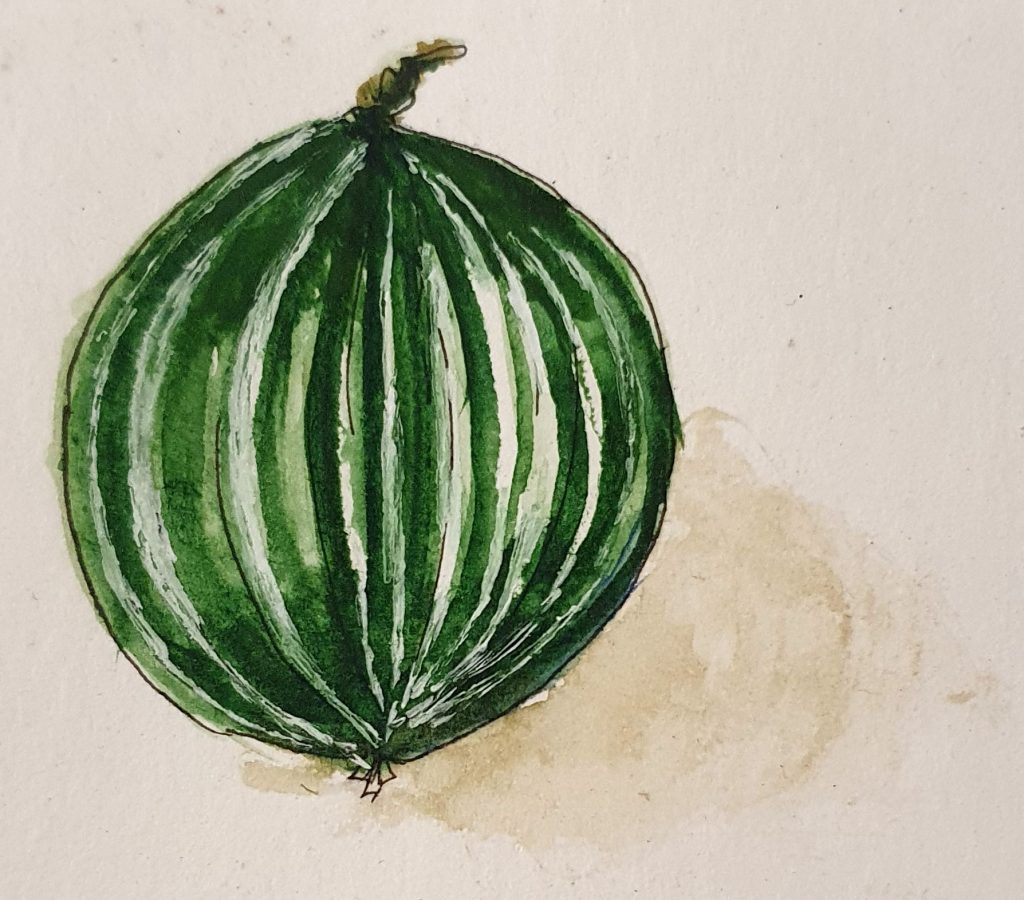 Quite a strange picture. I was sure that I was drawing a watermelon exactly as I imagine it: round, green, with white stripes. I look at my drawing, and I think: “what an onion”. And I don’t understand what’s wrong. It seems in essence correct, but in form it is not at all similar to real one. There was still half a watermelon in the refrigerator, I went to refresh the picture in my head. And I was surprised that the watermelon turns out to be not quite round, and in general, not quite striped. Now I decided to draw a watermelon based on a reference (an example from real life), and this is what happened: 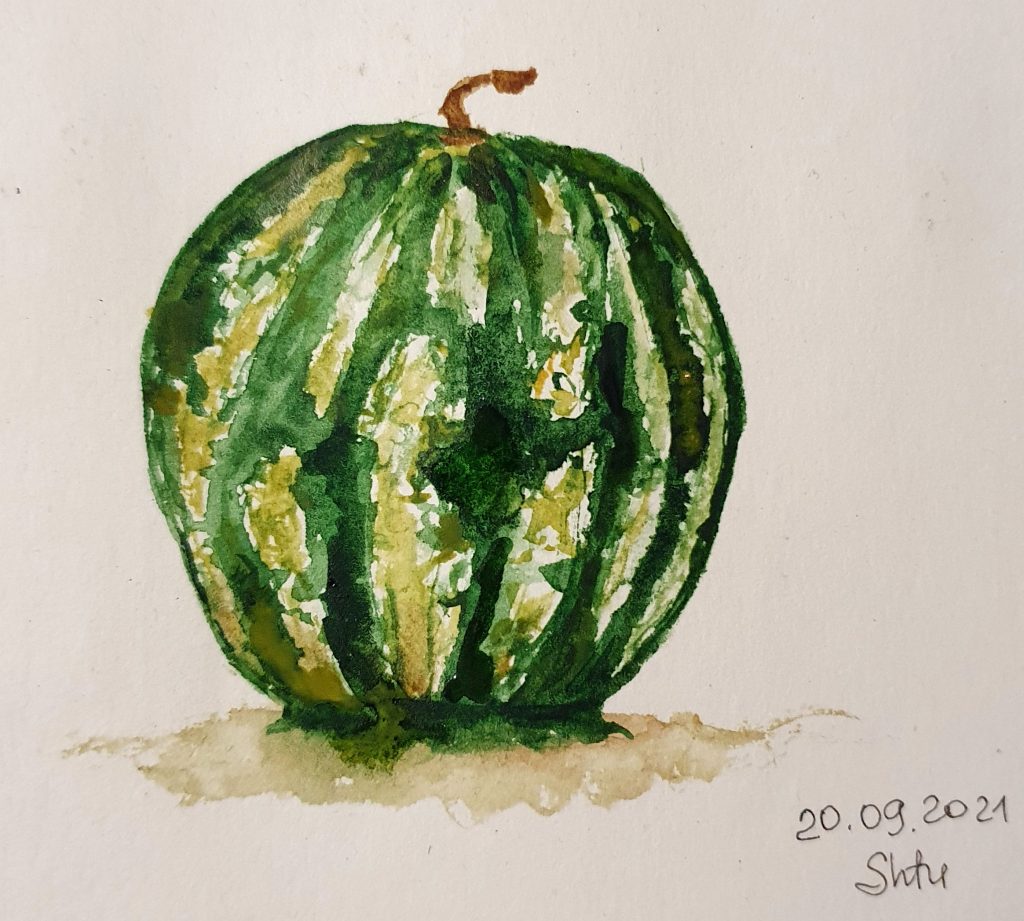 It seemed to me that the second watermelon in the picture was even stranger than the first, and definitely did not look like the real one. The first is clearly not similar either. But the second one seemed to me more like a set of blurry spots than a whole picture. Perplexed, I went to bed, and the next day I looked at my drawings again. Okay, the first one causes a chuckle – well, obviously an onion. But I can’t believe the second either. I showed both pictures to igroglaz, he immediately recognized the onion, but about the second “watermelon” he said “like a real one.”

And only when I photographed my watermelons for the site, I suddenly saw an absolutely realistic image on my phone. I still don’t understand what the magic is, but I look on paper – it seems like some kind of crap, and in the photo – quite a normal watermelon. And it’s especially fun to compare “expectation” and “reality”, as I imagined the watermelon and what it really is:

So think for yourself whether to draw from memory or from a reference. Especially if your memory is like a sieve (like mine). If, nevertheless, you decide to draw according to the reference, then you can use the following:

When you draw a house in the forest from your imagination, do not be surprised if at first it turns out to be a stereotypical square against the background of straight trees of the same type. To make your idea realistic, you need to at least roughly see (in the photo / video / in real life) what you want to draw. Or at least to see the basic elements of these objects – the shape, how houses are generally arranged, what roofs can be, how light falls through the foliage, and so on.

The more I paint, the more important the role of good references seems to me. They can even be created as appliques – head from here, legs from here:

Who do you think drawing from memory is the important skill for?